Santa, this year there’s no need to come through the chimney!

Baby it’s cold outside, save more energy with SwitchBot Meter this winter.

Finally! SwitchBot Remote can be used as a Trigger for Scenes created in our app.

These things are stealing energy in your home, and you don’t even know it. 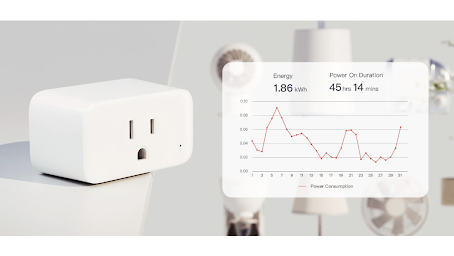 When many users use SwitchBot Plug Mini to check the power of the electrical appliance, they find that the value of the voltage multiplied by the current will be greater than the displayed power. So is the power calculation of the Plug Mini inaccurate? In fact, the reason is the difference between the apparent power and active power of the appliance.

What is the difference of apparent power and active power?

To tell the difference of apparent power and active power, let’s take the common electric motor in daily life as an example. Electric motors are widely used in various civil occasions, such as elevators, electric fans, shavers, etc. The electric motor is a device that uses electrical energy to convert work into kinetic energy. Its rated power is marked on the nameplate. , as shown in Figure 1: Motor nameplate.

Here, 3300 is greater than 2700, and the rated power is only 81.8% of the rated voltage and the rated current. How can they be different? What is the relationship between them?

In fact, the 3300VA here is the apparent power, which is larger than the active power of the motor, which is rated power 2.7KW.

How does apparent power compare to active power?

Why is the apparent power larger than the actual rated active power? The reason is that there are not only energy-dissipating elements such as resistors but also energy storage elements such as inductors and capacitors (such as capacitor motors in this example) in the motor.

Therefore, while the external circuit provides the power required for its normal operation(that is, the average power or active power), a part of the energy should be stored in elements such as inductors and capacitors, which is why the apparent power is greater than the active power. Only in this way the motor equipment can work properly.

What is real power formula?

Apparent power S is a measure of the power demand of an electrical device to the superior power supply device. That is to say, in order to ensure the normal operation of the network, the external circuit needs to transmit the energy to the device. It does not represent the active power consumed by the AC circuit, only the maximum power the circuit may provide or the maximum active power the circuit may consume.

When you use SwitchBot Plug Mini to check the power of electrical appliances with capacitors and inductors (in fact, in addition to pure heating appliances, such as heaters, other electrical appliances basically include capacitors and inductors), Plug Mini’s built-in Energy Chip will automatically calculate the active power of the appliance, which is why the value after you multiply the voltage by the current will be greater than the displayed power.

These things are stealing energy in your home, and you don't even know it. 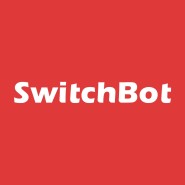 SwitchBot is your simple switch to a smart home. We sometimes offer promotions and discounts that are kinda cool. Want to find out more? Check it out here.

How to Connect Smart Curtain to Google Assistant

The easiest way to make your intercom smart.

The Best Home Security Cameras of 2022

How to Use Baby Monitor Camera for Babies

SwitchBot is your simple switch to a smart home. With an easy set-up, we help you to create a comfortable home with innovative smart home products. We believe a smart home should be simple and comfortable.

We sometimes offer promotions and discounts that are kinda cool. Want to find out more? Check it out here!